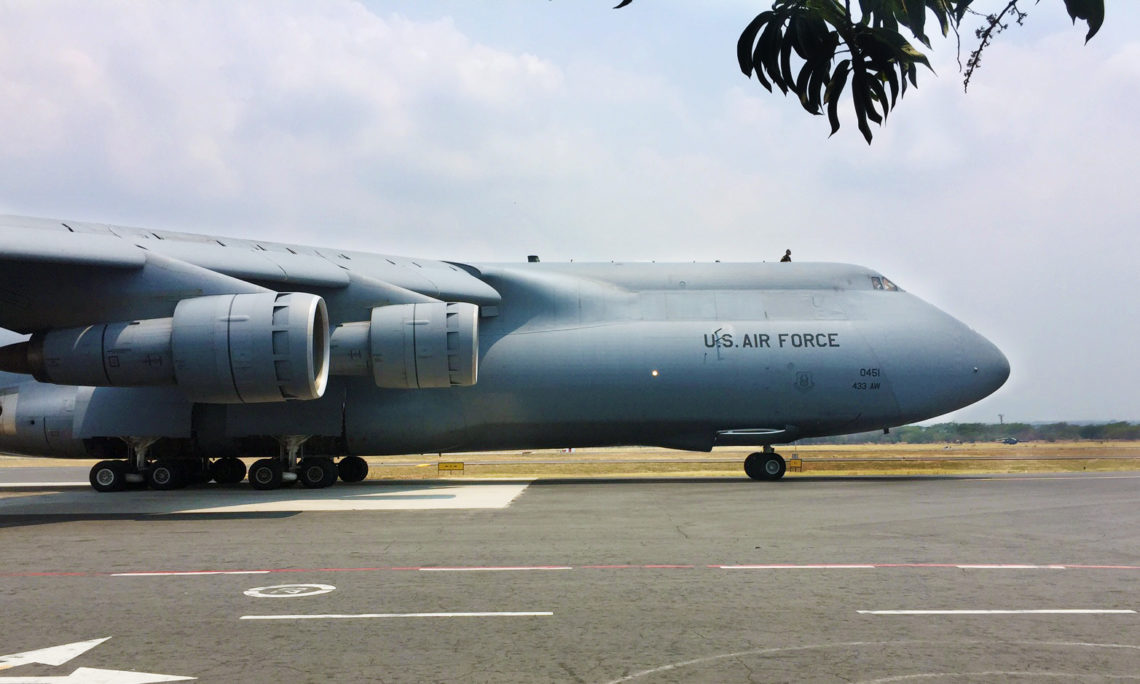 The total donation amounted to 37,000 Kg in foods and 9,500 Kg in firefighting equipment with a total value of $215,000. The donations were made by Abundant Rain Ministries and Bend Firefighters Foundation and will be delivered to local organizations.

The flight is part of the Denton Program, a joint effort between several U.S. government agencies.

Ambassador Dogu said: “I am proud of the generosity of the people and government of the United States. We’re happy to be able to hand over this donation.”