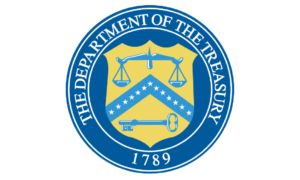 WASHINGTON — Today, the U.S. Department of the Treasury’s Office of Foreign Assets Control (OFAC) designated four individuals who support the Ortega regime — a regime that has undermined democracy, abused the human rights of civilians, enacted repressive laws with grave economic consequences, and tried to silence the independent news media.

“President Ortega’s actions are harming Nicaraguans and driving the country deeper into tyranny,” said Director of the Office of Foreign Assets Control Andrea M. Gacki. “It’s clear the Ortega regime intends to continue its suppression of the Nicaraguan people. The United States will continue to expose those officials who continue to ignore the will of its citizens.”

Camila Antonia Ortega Murillo (Camila Ortega) was designated for being an official of the Government of Nicaragua or for having served as an official of the Government of Nicaragua at any time on or after January 10, 2007.  Camila Ortega is a key advisor to President Ortega and Vice President Murillo as well as the Coordinator of the Creative Economy Commission.  She is also the daughter of President Ortega and Vice President Murillo.  Since 2011, Camila Ortega has managed television station Canal 13.  This family-run media outlet spreads state propaganda while President Ortega uses state spending and tax laws to promote family-run stations and squeeze independent, rival outlets.

Leonardo Ovidio Reyes Ramirez (Reyes) was designated for being an official of the Government of Nicaragua or for having served as an official of the Government of Nicaragua at any time on or after January 10, 2007.  As the President of the BCN, Reyes co-leads implementation of the new Law for the Protection of Consumers and Users, which could obligate Nicaraguan financial institutions to do business with designated persons in Nicaragua at the risk of facilitating sanctionable transactions.  Financial institutions in Nicaragua that refuse to comply with the law may be subject to punitive action by the regime-aligned BCN and Bank Superintendency, the law’s implementers, all of which contributes to the destabilization of Nicaragua’s economy.  Today’s designation applies only to Reyes; and BCN has not been designated.

Edwin Ramon Castro Rivera (Castro) was designated for being an official of the Government of Nicaragua or having served as an official of the Government of Nicaragua at any time on or after January 10, 2007.  Castro is a deputy of the NNA and a member of the Special Commission on Electoral Affairs.  On May 4, 2021, the NNA passed controversial reforms to the electoral law.  The reforms failed to incorporate the October 2020 Organization of American States resolution that called for electoral reforms necessary to hold a free, fair, and transparent election in November 2021.  The reforms institutionalize repressive laws that enable the government to restrict political parties from participating in the upcoming election and provide no provisions for international electoral observation.  The NNA, of which Castro is a deputy, also appointed new Supreme Electoral Council magistrates, most of which are regime loyalists who have already tightened the Council’s control of the electoral process.

Julio Modesto Rodriguez Balladares (Rodriguez) was designated for being an official of the Government of Nicaragua or for having served as an official of the Government of Nicaragua at any time on or after January 10, 2007.  Rodriguez is a Brigadier General of the Nicaraguan Army.  The military provided support to the police and paramilitaries who abused the human rights of protesters by attacking them, which resulted in more than 300 deaths and physical and psychological harm.  Rodriguez is also the Executive Director of IPSM, the Nicaraguan Army’s public investment fund.  Today’s designation applies only to Rodriguez; and IPSM has not been designated.

As a result of today’s action, all property and interests in property of these individuals that are in the United States or in the possession or control of U.S. persons are blocked and must be reported to OFAC.  In addition, any entities that are owned, directly or indirectly, 50 percent or more by such individuals are also blocked.  OFAC’s regulations generally prohibit all dealings by U.S. persons or within (or transiting) the United States that involve any property or interests in property of blocked or designated persons.