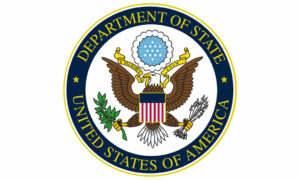 The Western Hemisphere is now a hemisphere of freedom, with the exception of a few remaining tinpot authoritarian regimes, such as Nicaragua.  This week, the Ortega regime further isolated itself in the region by approving a law that could effectively prohibit Nicaraguans who stand for democracy from running for office in next year’s elections.  Implementation of it will further undermine democratic institutions and processes by prohibiting opposition figures from standing for election, threatening to turn the 2021 elections into an “election” in name only. These actions follow the National Assembly’s passage of a Foreign Agents Law that sabotages Nicaraguans’ ability to seek democratic change, and a Cybercrimes Law that systematically represses free speech.

The United States will not tolerate these threats to Nicaragua’s democracy; nor will it tolerate the oppression of the Nicaraguan people.  We have taken action, including sanctioning members of Ortega’s family and corrupt inner circle, to incentivize the Ortega regime to adopt democratic reforms in advance of the country’s presidential election scheduled for November 7, 2021.  Our European and OAS partners have also spoken out forcefully against the Ortega regime’s repression, and the EU has levied its own sanctions.  For the good of the Nicaraguan people, we once again call on Ortega to change course, respect human rights and fundamental freedoms, and allow free and fair elections.  If not, the United States will not hesitate to impose further consequences.