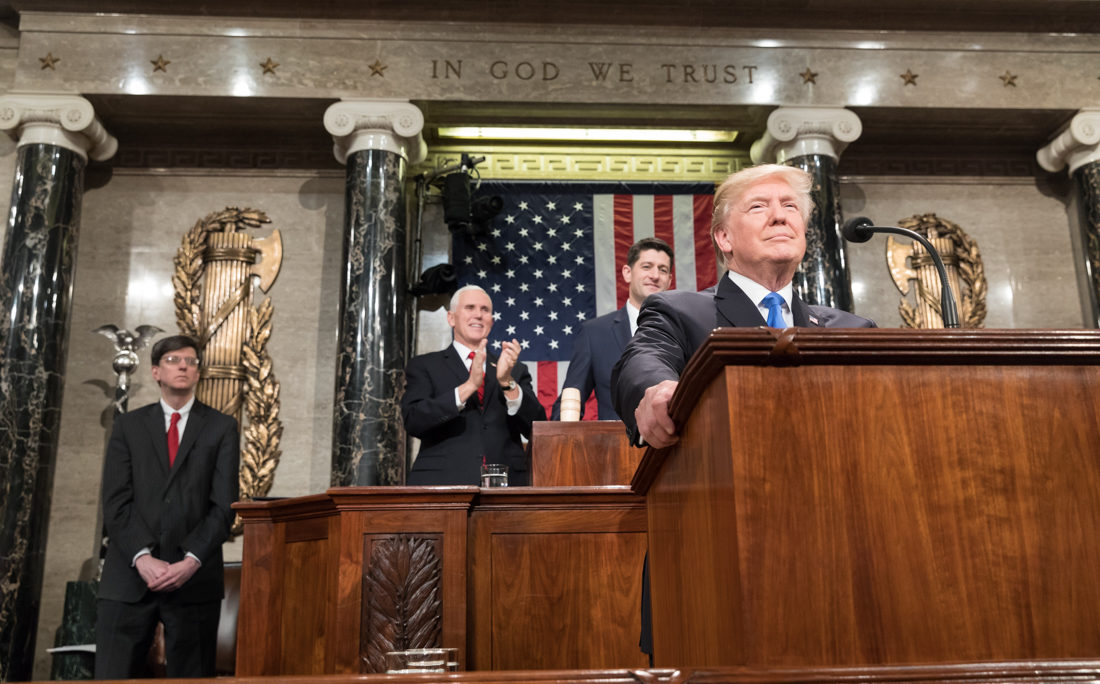 The White House
Office of the Press Secretary
September 13, 2018

National Hispanic Heritage Month, 2018
By the President of the United States of America
A Proclamation

During National Hispanic Heritage Month, we honor all American citizens of Hispanic descent and celebrate their rich and vibrant traditions of faith, family, hard work, and patriotism. We are grateful for the innumerable contributions they make to our society, which are vital to our thriving Nation. We are especially grateful for the 1.2 million Hispanic-American men and women who have answered the call to serve in our Armed Forces, demonstrating remarkable loyalty, bravery, and dedication to duty.

My Administration is continuing to create an environment in which all our citizens have the opportunity to achieve the American Dream. We have enacted massive tax cuts for families and businesses, which means more jobs and better pay. We are eliminating unnecessary and burdensome regulations that constrain our entrepreneurial spirit. We are finally fixing our Nation’s broken trade deals so that we have free, fair, and reciprocal trade. As a result of our efforts, our Nation’s unemployment rate has reached its lowest level in 50 years, and the Hispanic-American unemployment and poverty rates have dropped to their lowest rates on record.

Hispanic Americans help reinforce our relationship with our Latin American neighbors as we work to bolster liberty in the region and achieve free and fair trade with our regional partners. In April, Vice President Mike Pence joined leaders from the Pan-American region at the Summit of the Americas to affirm our collective commitment to liberty and government accountability and to confronting threats to freedom in places such as Cuba, Venezuela, and Nicaragua. We will continue to collaborate with Latin American and Caribbean countries to strengthen our trade relationships and to ensure a freer and more secure hemisphere.

For generations, Hispanic Americans have played a pivotal role in our country’s strength and prosperity. Their spirit, energy, and leadership are woven into the culture of America, and enrich all our lives. To honor the achievements of Hispanic Americans, the Congress, by Public Law 100-402, as amended, has authorized and requested the President to issue annually a proclamation designating September 15 through October 15 as “National Hispanic Heritage Month.”

NOW, THEREFORE, I, DONALD J. TRUMP, President of the United States of America, by virtue of the authority vested in me by the Constitution and the laws of the United States, do hereby proclaim September 15 through October 15, 2018, as National Hispanic Heritage Month. I call upon public officials, educators, librarians, and all Americans to observe this month with appropriate ceremonies, activities, and programs.

IN WITNESS WHEREOF, I have hereunto set my hand this thirteenth day of September, in the year of our Lord two thousand eighteen, and of the Independence of the United States of America the two hundred and forty-third.