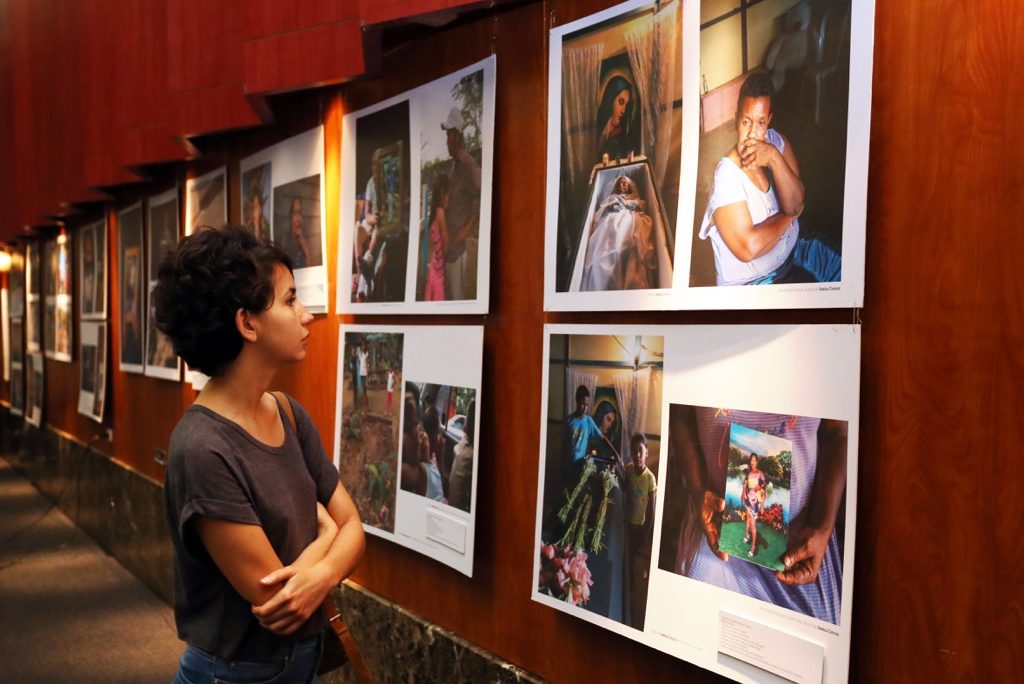 Opening of the Photography Exhibition “We want them alive: testimonies of violence against women in Nicaragua’s South Caribbean”

The victims of femicide are not only statistics, they are women with stories. They have children, fathers and mothers, siblings, friends, coworkers, and neighbors. They are us and we are them. The photography exhibition “We want them alive: testimonies of violence against women in Nicaragua’s South Caribbean,” shows the faces and the stories of 18 women victims of femicide between 2014 and 2016. The majority of them died at the hands of their ex-husbands, current partners, or close relatives. They were between 18 and 80 years old and most were adolescent mothers. This exhibition is a tribute to these women.

It is too easy to forget the victims that are not a part of your family. The NGOs that advocate for the defense of women’s rights, work so that we do not forget them. The photography exhibition is a collective call to action. Femicide and other forms of gender-based violence require coordinated actions that attack the problem at its origin, which is sexist culture.

This machismo starts with the word el femicidio, a masculine gendered word about the murder of women. Why is not la femicidia? Femicide is the last link in a long chain of violence in its most extreme version. It also dramatically affects the lives of other people. For example, many children lose not only their mother, but also their father when he is the killer. These 18 women left as orphans 39 sons and daughters, many of them minors. We cannot ignore that, frequently, the children of the victims and their relatives don’t have the necessary support to endure the loss.

Violence against women does not only affect Nicaragua. It is a worldwide problem that affects my country as well. The Economic Commission for Latin America and the Caribbean (ECLAC) reports that each day, at least 12 Latin American and Caribbean women die on average, because of the mere fact that they are women. It is imperative to become aware of the sexist framework that repeats in people and in societies. We all have the responsibility to prevent sexist and violent behavior. Whether it be in homes, schools, work, or the streets, just as in the social networks and the media.

The treatment of the information in cases of little girls, adolescents, and adult women victims of violence, disappeared or murdered, should change. It is unjust that the victims are re-victimized or blamed. The words and the images that objectify women or put them in situations of inequality, inferiority, subordination or discrimination, contribute also to the repetition of gender-based violence.

In the United States, the media is changing the way that they report news about women and the government is changing its public policies. But we still have much more to do. It is important that new policies are based on data. The collaboration of universities with women’s organizations contributes to the elimination of gender-based violence through studies about cultural and historical aspects of the same.

Changing cultures is not easy, but as we’ve seen in Argentina after the murder of a 14 year-old pregnant girl, it is possible. After her death, a social movement began that later became an international movement called, “Not One Less.” I give my most heartfelt condolence to the families that accompany us today and we say “Not One Less” here in Nicaragua.