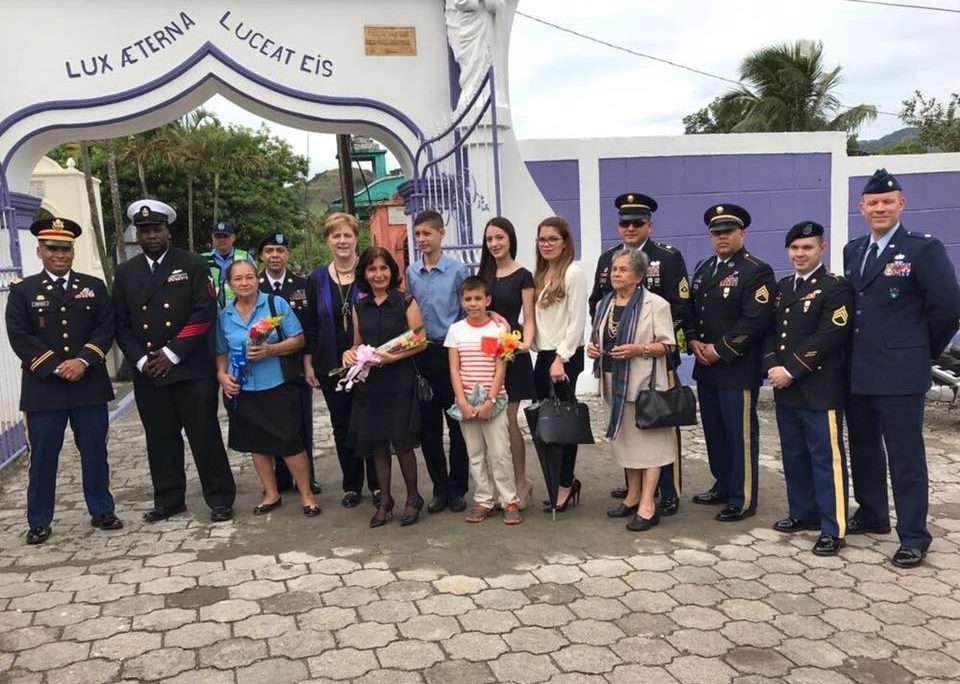 It is an honor for me to be here to remember Private First Class Róger Alfonso Suarez González in commemoration of the eleventh anniversary of his sacrifice. Please join me in a moment of silence in his memory.

I would like to thank PFC Suarez’s family and the people of Boaco for inviting us to share
in this tribute. I would also like to thank Sergeant Major José Bueno, who traveled from Army South Headquarters in San Antonio, Texas, the representatives from the Nicaraguan Army, and the American Legion, who are here to render tribute to the sacrifice made by PFC Suarez. I believe it is the sacred duty of each citizen to honor the life of those who fall in service to our country. I know that our brothers in arms from the Nicaraguan Army feel the same.

I am deeply moved by the courage Private First Class Suarez showed by his decision to join the infantry when the army was at that moment, involved in active combat operations. As an immigrant to the US and eventually a citizen, PFC Suarez understood the importance of defending democracy and freedom. On the fourth of December, 2006 during operations in Ar Ramadi, Iraq, PFC Suarez paid the ultimate price to ensure the survival and the success of freedom. Over the last eleven years, the world has seen the threats and the attacks from terrorism, and it is for that reason we understand PFC Suarez’s valor. As he fought and gave his life to protect us all: Nicaraguans, Americans, and others. As we meet today, we ensure the heroic actions of this beloved son of Boaco are never forgotten.