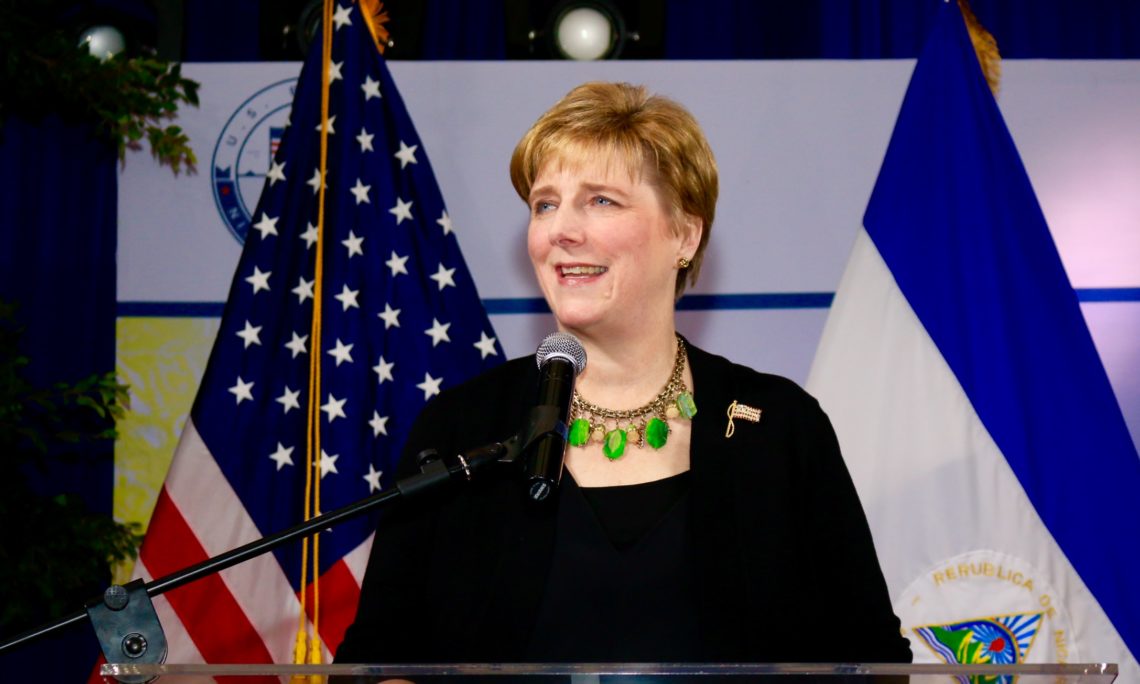 Welcome to the celebration of the United States Anniversary.

The constitution put governance in the hands of the people and it remains there today. It also recognizes that democracy is not about unity, and certainly not uniformity. Indeed, quite the opposite: It’s about diversity, and protecting the rights of minorities. Democracy demands that we protect and celebrate diversity, even when confronted with beliefs, cultures, practices, and speech that we don’t prefer. In the United States these beliefs are tested every day and have withstood the test of time, but we can never take them for granted.

Earlier this month, the United States and Mexico hosted a Conference on Prosperity and Security in Central America where we brought together government and business leaders to address prosperity, security, and governance. Strong democratic governments and institutions that have the confidence and respect of their citizens are fundamental to that security and prosperity.

All of us in this hemisphere depend on each other for joint security and prosperity. This dependency requires that we put historical differences behind us and work toward a prosperous, secure, and democratic future for us all. Each and every one of you is an important part of this process.

Together we: Increased bilateral trade by 7%; provided medical care to hundreds of patients; worked to reduce the flow of drugs; fed 100,000 students in vulnerable areas; supported groups that build resilient and safe communities; provided training to thousands of agricultural producers; enhanced the capacity of entrepreneurs; taught English to students and teachers; provided vocational training; supported the quality of the media; facilitated donations of fire trucks and ambulances from U.S. citizens; supported the most vulnerable: the LGBTI community, people with disabilities, and indigenous communities.

And much, much more.

This long list of cooperation is only a sample of the work we do together every day.

Ours, are two countries bound by geography and, more importantly, by unbreakable ties between our peoples.

An example of this is Dorothy Barnhouse and Judit Ribas, two U.S. women who decided to improve the lives of children from low income communities. They have been able to reduce crime, violence, alcohol and drug abuse, and the number of youth pregnancies. The youth participating in their programs are innovative and environmentalist. In the face of economic limitations, they have made their own musical instruments out of plastic drums, barrels, ropes, and bottles.

What we see as trash, they see as music.