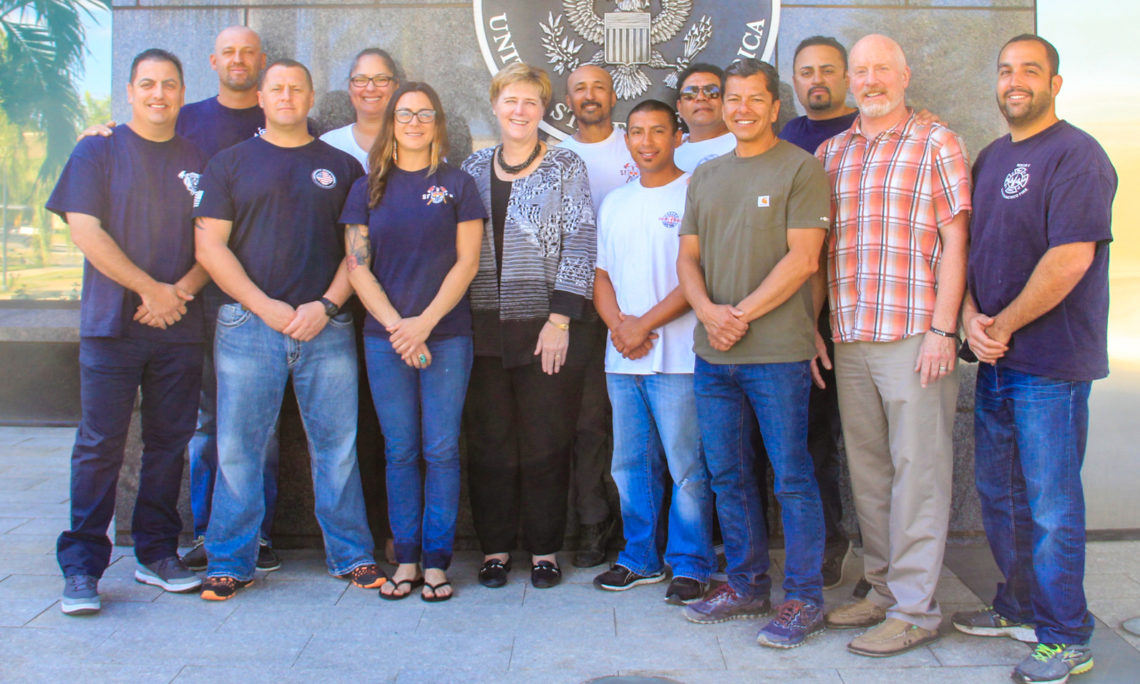 Ambassador Dogu met with a group of firefighters from San Francisco, California and Bend, Oregon, in Nicaragua, donating their time during vacations, to train Nicaraguan firefighters on extraction techniques, trauma evaluation and water rescue.

Since 2007, these group of men and women have been coming to Nicaragua during vacation time to train and work with Nicaraguan firefighters. They have also sent thousands of pounds in donated equipment and even a fire engine, including, this past December, a container full of 30,000 pounds of equipment valued at $500,000