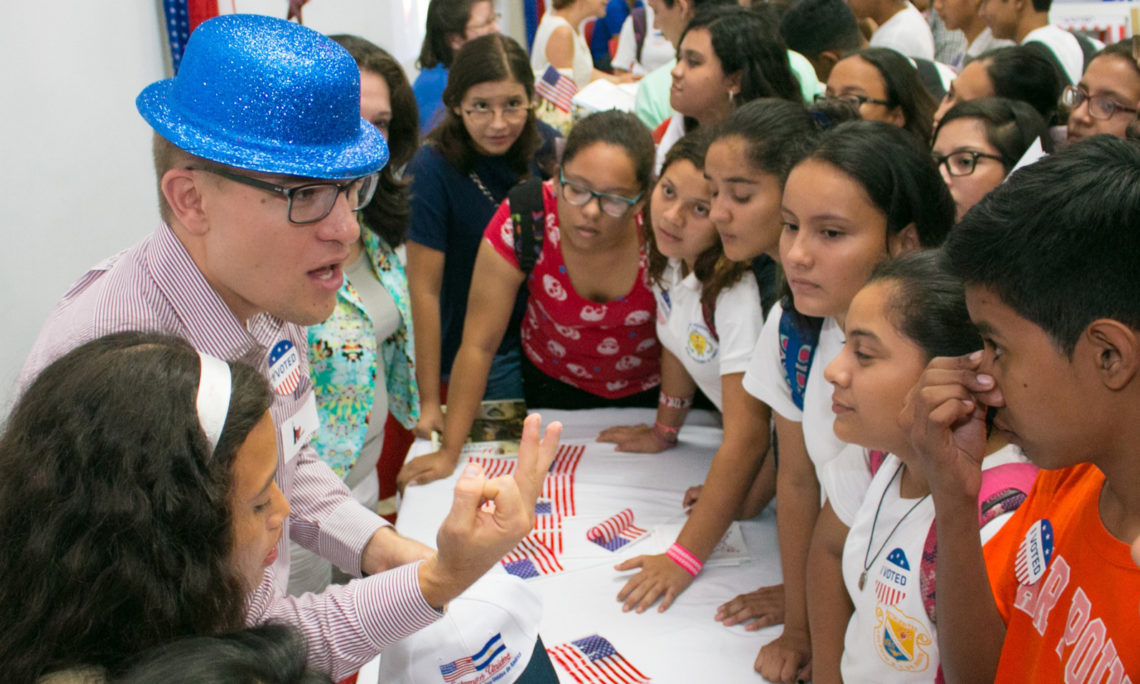 I’m very pleased to be here with you all on U.S. Election Day!

U.S. presidential elections only come once every four years and it is always an exciting time for U.S. democracy.

The American democratic process is one of the most transparent and fair in the world. Political rhetoric is normal during an election season. Through a free media and strong civil society, Americans are debating the issues which they feel are most important in our society today. Issues such as immigration, women’s rights, and race relations have historically been at the forefront of many U.S. elections over the past hundred years.

As in the past, Americans use elections to acknowledge the deep and sometimes divisive issues in American society, and campaigns will often draw out many different perspectives. Like any free and fair election around the world, the American elections allow people to express not only whom they want to represent them in authority but which issues are important to them.

The U.S. political system is far from perfect, but it is also capable of changing for the better. In the United States, citizens work hard to advocate for change, and many achievements in U.S. history stem from this activism. For example, women got the right to vote as a result of a movement of committed democratic advocates. My grandmother fought for the right to vote then exercised that right her entire life. Voters also have a direct vote on state laws through what we call “propositions.”  Each year, citizens vote on a range of issues in their states in addition to voting for presidential, legislative, and state and local candidates.

These propositions include a range of issues- for example whether to increase taxes to raise money for schools or roads, to legalize marijuana, or to ban the use of plastic bags in grocery stores and restaurants. Also today, U.S. voters are voting for their representative in the House of Representatives. All 435 seats are up for election.  Also, 34 of the 200 Senate seats are up for election.  And 12 states will be electing governors today.

So today we are not only electing a President, but also many other political leaders who will influence the direction of our country. This year, we have seen a hotly contested presidential debate. The two candidates are both historic. The Republican candidate is a political outsider who has gained the support of millions of Americans. The Democratic candidate is the first woman presidential candidate for a major party in the United States.

I know that you in Nicaragua are decades ahead of us with Doña Violeta’s presidency in the 1990s, but this is the first time that U.S. citizens will vote with the possibility of electing a female president. Thank you for joining us today, and for your interest in the U.S. elections. In just a few hours, we should have a better idea of who will be the next president of the United States!