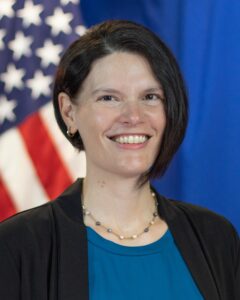 Carla Fleharty assumed the duties of the Deputy Chief of Mission at the U.S. Embassy in Managua, Nicaragua, in August 2022. She is a career member of the Senior Foreign Service.

Carla holds a B.A. in Journalism and Mass Communications from the College of the Ozarks, a M.A. in International Relations from Webster University, and a master’s degree in Military Art and Science from the U.S. Army Command and General Staff College. She speaks French and Spanish.