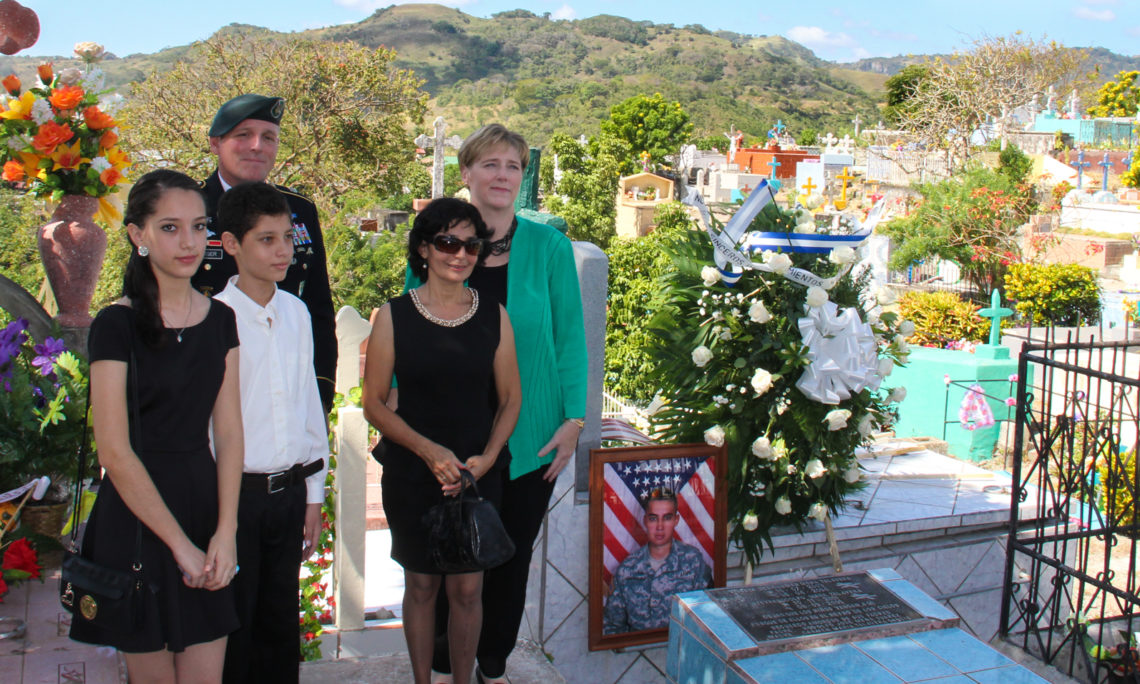 I would like to thank the Suárez Family and the people of Boaco for inviting us to share this homage to Private First Class Róger Alfonso Suárez González. I would also like to thank the military personnel serving in the United States Embassy, and our special guest, Command Sergeant Major William Zaiser, who has traveled from the Southern Command in Florida, to pay tribute to the sacrifice of Private First Class Róger Suárez.

Please allow me a moment to reflect on the events that have brought us here today. Róger Alfonso Suárez González was born in Boaco, on May 8, 1984. At the age of 8, he left Nicaragua to live in the State of Nevada in the United States. They tell me that he always had military service as his personal goal. At age 15, now a citizen of the United States, he began to make serious preparations to join the United States Army.

He enlisted in November 2005. After completing his infantry training at Fort Benning in Georgia, he was transferred to Fort Carson in Colorado. His decision to join the Army, an army that at that time was involved in combat operations in two countries, reveals his commitment to the foundations of freedom.
When he joined the infantry, he knew that he would be involved in ground operations. Such operations were essential so that the inhabitants of Iraq could receive the assistance they so badly needed. This attitude is a clear testimony of his valor. Fifty-five years ago, President John F. Kennedy said, “Let every nation know, whether it wishes us good or bad, that we will pay any price, bear any burden, confront any adversity, support any friend and oppose any enemy to ensure the survival and triumph of freedom.” This statement is as true today as when it was said 55 years ago. Today we face new challenges, but our determination to defend what is right remains.

On December 4, 2006, while serving in Ramadi, Iraq, First Class Soldier Suárez González bore the burden, and paid the highest price to ensure the survival and triumph of freedom. His list of medals is extensive: The Bronze Star Medal, Expert Marksmanship Badge, and Purple Heart, to name a few. These medals serve as symbols of his service and remind us of his courage and sacrifice.

That is why we are gathered here today; to pay tribute to this son, brother, soldier, and patriot. I did not have the opportunity to meet Romero personally, but President Obama was speaking for me and all of us in the United States, when he said: “Our nation owes a great debt to its fallen heroes, that we can never pay back, but we can honor their sacrifice.”

I am moved to see the love and commitment of the family of Róger, his friends and fellow citizens of both countries. Thank you for the opportunity to share these words with you. The actions of the beloved son of Boaco will never be forgotten in the United States of America.