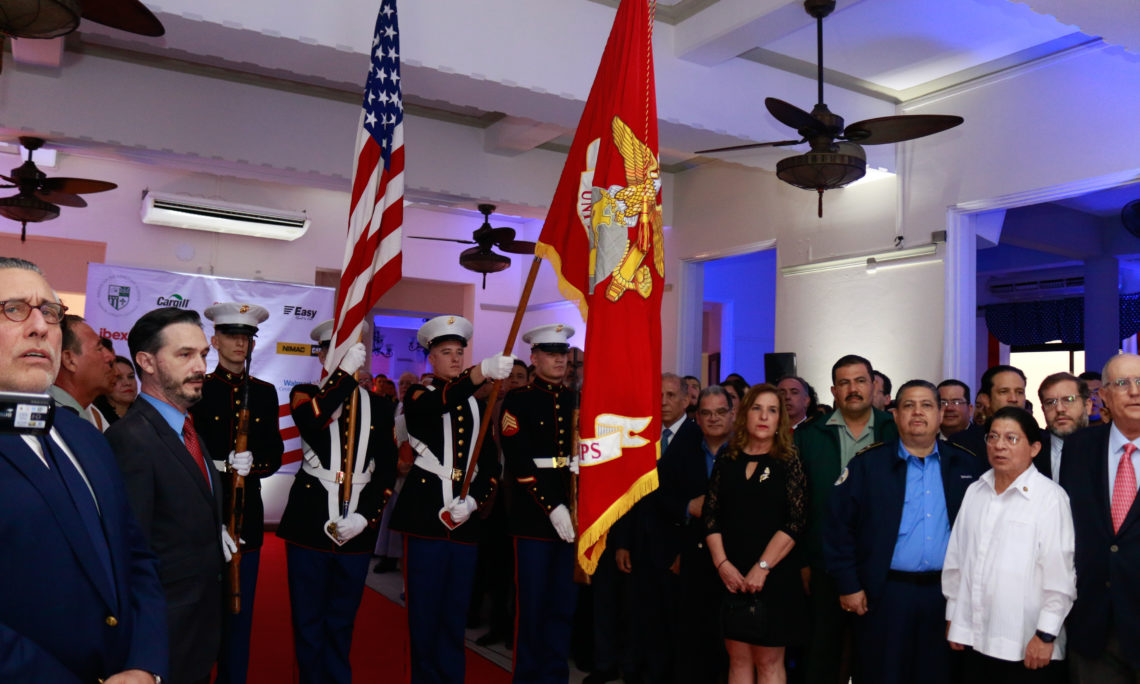 Marine Color Guard during the ceremony

We celebrate the basic principles of our country among them a government of the people, by the people and for the people. In his address, Ambassador Sullivan remarked that in its revolutionary founding, the United States encouraged the fight for democracy in other countries in the Americas, including Nicaragua, which declared its independence from Colonial powers.