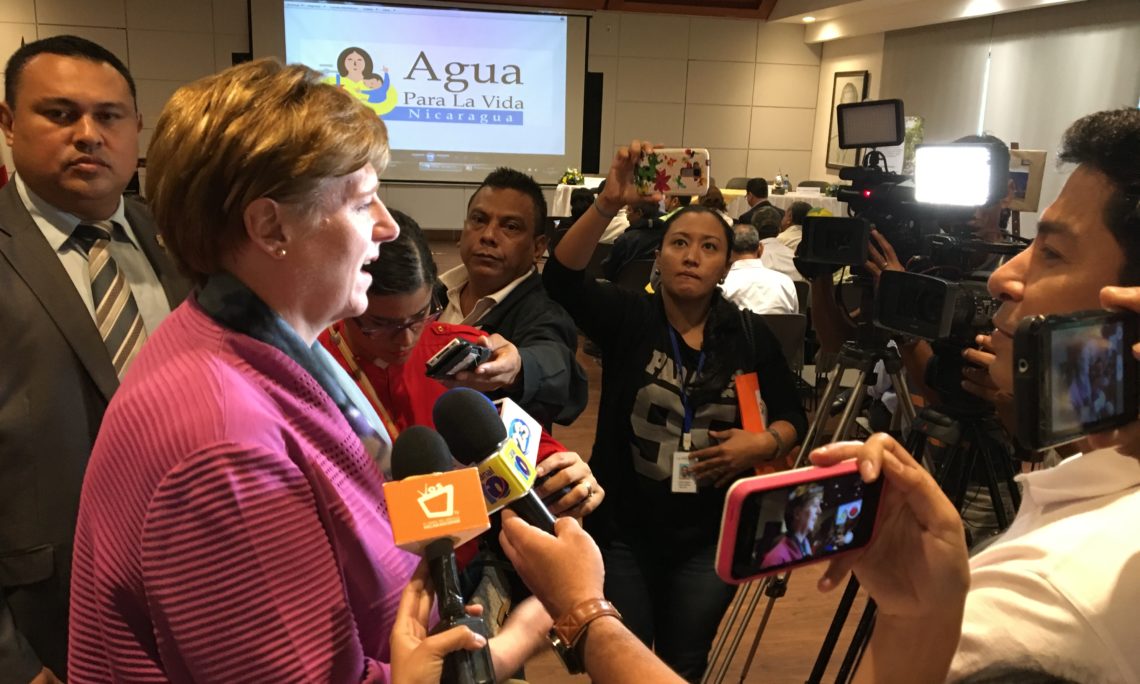 Ambassador Dogu Talks to the media

30 years of great work in Nicaragua is very impressive.

The official government relationship between the United States and Nicaraga has its easy and difficult moments.

However, the ties between the people of Nicaragua and the people of the United States remain strong thanks to the work of groups like Agua para la Vida and volunteers that come from the U.S.

Thousands of them come every year to help in the areas of Health, housing, farming, education, and water. And many of these Americans don’t come just once. Their experience in Nicaragua changes their lives. And their work has changed the lives of many in Nicaragua.

Congratulations to Agua para la Vida and to all of the people who have made it possible to establish these life-long bonds between Nicaraguans, Americans and French, all in the cause of bringing water to deserving Nicaraguan communities.

Now that is powerful!