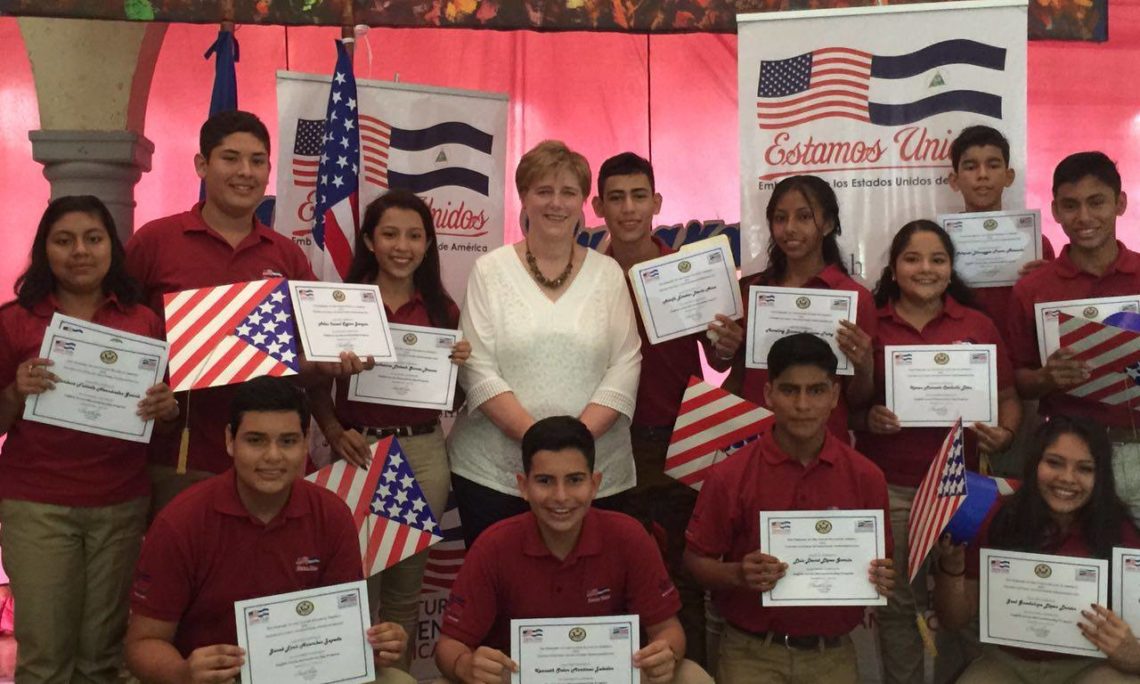 Last week, I participated in the opening ceremony of the national conference for English teachers known as ANPI NicaTESOL, where more than 600 English teachers particiapted from all over Nicaragua. I was pleased to hear that several participants graduated from the ACCESS program and are now studying English. Others are teaching English. The Access Program began in Nicaragua in 2010 with 120 high school students from six cities. Since then, seven generations have passed. More than 2,000 students have been awarded scholarships. Many of our graduates have benefited from other scholarships both inside and outside the country.

Most of the first students who were selected in 2010 will graduate from college this year and will now be part of the bilingual Nicaraguan workforce. These young people are doing their part to contribute to the economic and social well-being of Nicaragua. And now they and their families can enjoy the fruits of their dignified work. That is why it is worth investing in the education of young people to have a prosperous and safe country.

You may wonder why the United States Embassy supports the teaching of English in Nicaragua. The reason is that we believe that the education of young people contributes to the prosperity of families and the community. Also, we believe that English gives them access to knowledge.

Approximately 1 billion internet users speak English, three times more than those who speak Spanish. Also, most books are translated into English. The English language allows you to communicate with people from all over the world, since there are more than 1.5 million speakers.

I want to congratulate all those who made this day possible. To the host institutions: ABC School in Granada, Universidad Hispanoamericana, from Masaya, and the María Estela School of San Juan del Sur. To the North American Nicaraguan Cultural Center for implementing the program, Teachers that work day-to-day with students, Parents that support their children, and the students for working hard during these two years of studies.

You may be thinking that you have concluded the most difficult part. But the truth is that the hardest part begins now. Now you have to find a way to live the language out of the classroom — through conversations, books, movies, and internet sites. It will not be easy, but the last two years were not easy either.
I’m sure you can do it.

Many thanks and many congratulations for this achievement!