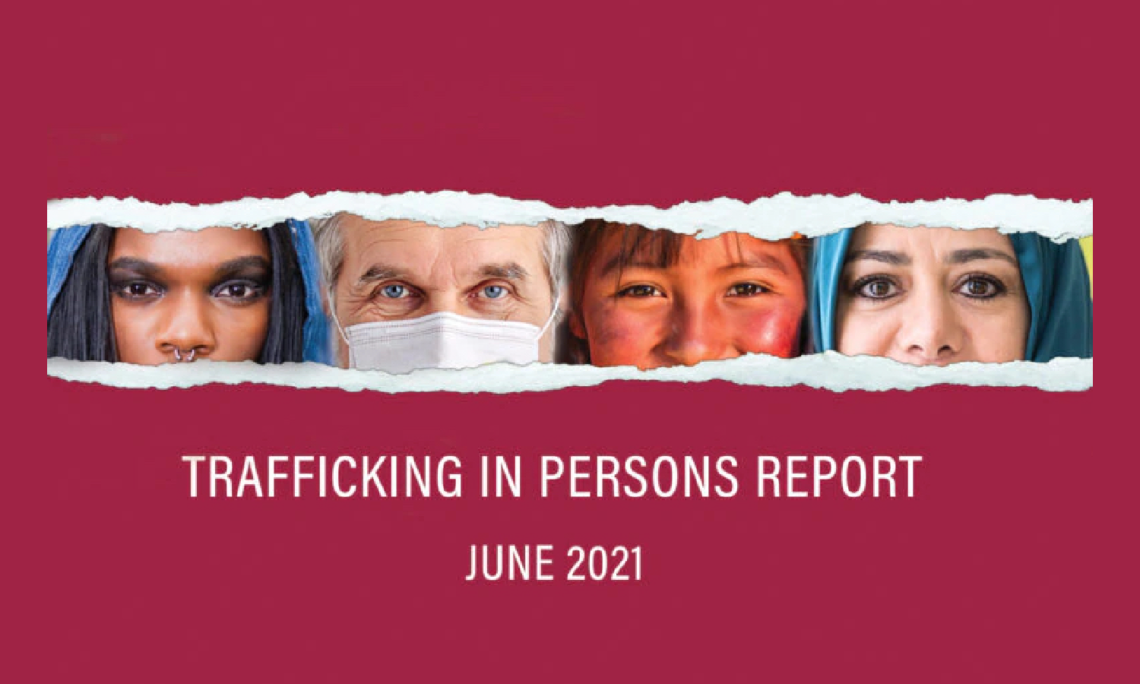 The Government of Nicaragua does not fully meet the minimum standards for the elimination of trafficking and is not making significant efforts to do so, even considering the impact of the COVID-19 pandemic, if any, on its anti-trafficking capacity; therefore Nicaragua remained on Tier 3. Despite the lack of significant efforts, the government took some steps to address trafficking, including prosecuting four traffickers and offering awareness trainings to government officials in the municipality of León. However, the government continued to downplay the severity of the trafficking problem in Nicaragua, despite civil society reports of increased victimization in 2020; it did not convict any traffickers for the third consecutive reporting period and victim identification efforts remained inadequate. The government did not acknowledge that traffickers exploit Nicaraguans in foreign countries, despite media reports that foreign officials identified several Nicaraguan victims in 2020. The government did not report any investigations, prosecutions, or convictions of government employees complicit in trafficking offenses, despite endemic corruption and widespread official complicity. The government did not cooperate with NGOs to provide protection services or include civil society in the national anti-trafficking coalition. Prosecution, protection, and prevention efforts in the two Caribbean autonomous regions of Nicaragua continued to be much weaker than in the rest of the country.

Significantly increase efforts to identify victims of sex and labor trafficking, including foreign nationals. • Investigate, prosecute, and convict traffickers, including complicit officials. • Vigorously implement the National Strategy for Comprehensive Attention to Victims of Trafficking in Persons by identifying victims, including among vulnerable populations, and effectively refer victims to appropriate services. • Partner with NGOs to provide victims short-term care, long-term care, and reintegration services. • Amend the 2014 anti-trafficking law to include a definition of trafficking in persons consistent with international law. • Increase funding for victim protection, finance the trafficking fund, and provide specialized services for trafficking victims. • Fulfill the requirement under Law 896 to include the Nicaraguan Coordinating Federation of NGOs working with Children and Adolescents (CODENI) to represent NGOs in the National Coalition against Human Trafficking (NCATIP). • Increase training for government officials—including social workers, labor inspectors, and law enforcement officials—to facilitate increased victim identification and assistance, including securing restitution. • Strengthen law enforcement and victim protection efforts in the Caribbean autonomous regions, especially through increased staff and funding. • Annually report on progress in implementing the national action plan.

The government maintained its minimal efforts to prevent trafficking. The government reported the NCATIP led 16 working committees, although civil society reported the coalition and its committees were largely dormant, making little contribution to capacity building and awareness raising on trafficking. For a sixth consecutive year, the NCATIP did not fulfill the requirement under Law 896 to include CODENI to represent NGOs. While the NCATIP reported engaging with a select group of international civil society organizations, authorities excluded local organizations from the coalition’s activities. Observers considered the NCATIP to be inactive and ineffectual as an anti-trafficking entity and reported the apparent dissolution of a number of its regional bodies. The government had a national action plan for 2018-2022, which focused on awareness raising; increasing technical capacity to investigate, prosecute, and sentence traffickers; protecting the rights of victims and witnesses and providing assistance; and monitoring and implementing the plan. The government did not report, and civil society did not observe, efforts to research or monitor trafficking in the country. The government reported a limited number of trafficking awareness events, including a multi-agency workshop for officials in the municipality of León, but it did not report national prevention campaigns similar to those conducted in past years. The government reported maintaining two 24-hour crime hotlines that could process trafficking complaints and provide information on trafficking and gender-based violence, but it did not report whether any calls led to trafficking investigations or the identification of victims.During the reporting period, Nicaraguans continued to encounter problems obtaining national identification cards, which increased their vulnerability to trafficking and limited their ability to access public services. Nicaraguan law criminalized knowingly engaging in sex acts with a sex trafficking victim, but officials did not report having investigated, prosecuted, or convicted any suspects for such acts. The government required private employment agencies to register and established minimum wages and maximum hours for adult and adolescent domestic workers; it did not report identifying forced labor in these sectors. The government did not report any efforts to inspect bars or nightclubs suspected of engaging in trafficking, or any efforts to reduce demand for commercial sex. The Ministry of Tourism had an agreement with more than 5,000 Nicaraguan businesses to monitor and report suspected child sexual exploitation in the industry, but the government did not report any activity related to this program in 2020. NGOs reported child sex tourism remained a concern; however, authorities did not investigate, prosecute, or convict any tourists for child sex trafficking during the reporting period.

As reported over the past five years, human traffickers exploit domestic and foreign victims in Nicaragua, and traffickers exploit victims from Nicaragua abroad. Groups considered at heightened risk to human trafficking in Nicaragua include women, children, and migrants. Traffickers subject Nicaraguan women and children to sex trafficking within the country and in other Central American countries, Mexico, Spain, and the United States. Victims’ family members are often complicit in their exploitation. Traffickers increasingly use social media sites to recruit their victims, who are attracted by promises of high salaries outside of Nicaragua for work in restaurants, hotels, construction, and security. Traffickers also recruit their victims in rural areas or border regions with false promises of high paying jobs in urban centers and tourist locales, where they subject them to sex or labor trafficking. Nicaraguan women and children are subjected to sex and labor trafficking in the two Caribbean autonomous regions, where the lack of strong law enforcement institutions, rampant poverty, a higher crime rate, and recent devastation from hurricanes Eta and Iota increase the vulnerability of the local population. Nicaraguans who migrate to other Central American countries and Europe are reportedly vulnerable to and have been victims of sex and labor trafficking, both in transit and after they have reached their destinations. In addition, experts report traffickers target for sex and labor trafficking Nicaraguan children whose parents left the country to work abroad. Nicaraguan adults and children are subjected to labor trafficking in agriculture, construction, mining, the informal sector, and domestic service within the country and in Costa Rica, Panama, the United States, and other countries. Traffickers force some children to work in artisanal mines and quarries. Observers report traffickers exploit children through forced participation in illegal drug production and trafficking. Children and persons with disabilities are subjected to forced begging, particularly in Managua and near tourist centers. Traffickers subject some male migrants from Central American countries transiting Nicaragua en route to Costa Rica and Panama in search of employment to labor trafficking in these destination countries. Cuban nationals working in Nicaragua may have been forced to work by the Cuban government. Nicaragua is a destination for child sex tourists from the United States, Canada, and Western Europe.